Since we are keeping our new boat in Buzzard's Bay, we are exploring new areas to sail to.

This week we chose Hadley Harbor just outside Wood's Hole. It was a fairly short but fun sail.

We got to the boat somewhat early Satuday morning (usually stay over Fri nite, but I had an MG club meeting Fri nite). Looking out from our mooring it looked good, but once out in the harbor, it was a bit more fog than I expected. (I know..shocking..morning fog on Buzzard's Bay). It seemed to get thicker the further off shore we went. Down to about a mile (or less)visiblitly. I had my horn ready. We both kept an eagle eye watch for any boats coming out of the fog in all directions. It was a bit nerveracking for the first hour or so, then it started to clear. We were sailing on the same course as 2 other sailboats coming out of Marion as well. They were about a mile away..kept ducking into and out of the fog.

Suddenly it seemed like the sun came out and the fog went away instantly. It went from being foggy and cool to hot and humid in a matter of minutes!

With the normal SW wind in the bay, I knew we would not make it on one tack to Hadley's. We came a bit short so we had to do a couple tacks to get to the entrance. Took the sail down and motored into the harbor.

(all the pictures can be found here.) 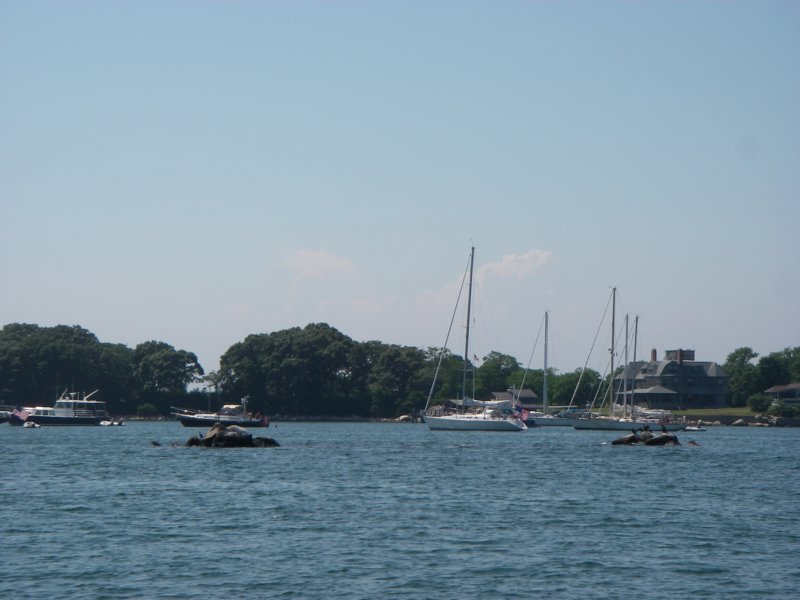 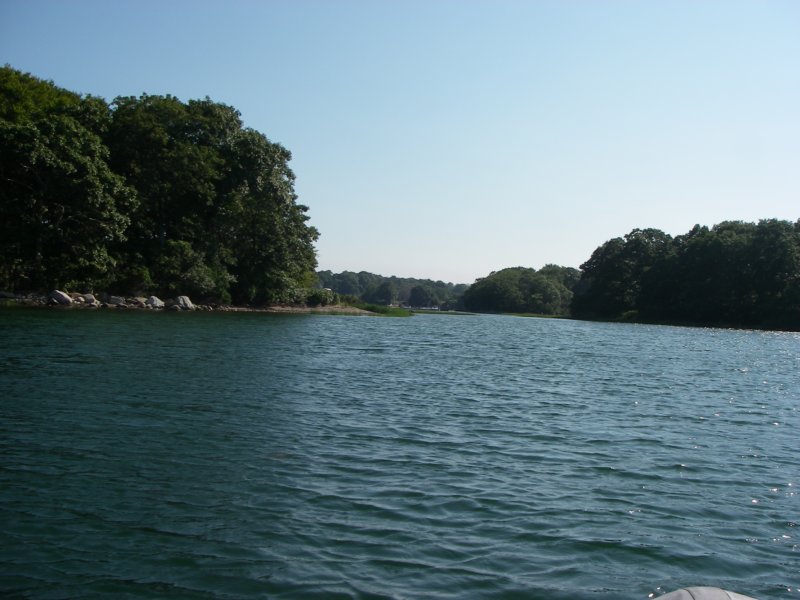 Once we anchored in the outer part of the harbor, we had some lunch, snacks. I went exploring in the dingy throughout the harbor. Pretty nice harbor. Be careful if you go for a dingy ride near low tide, the grass is just below the surface and can foul your prop easily! 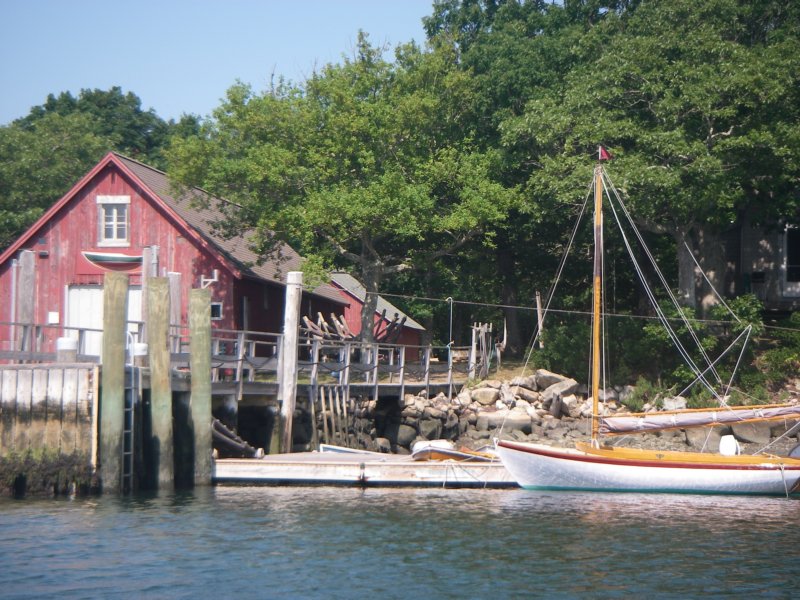 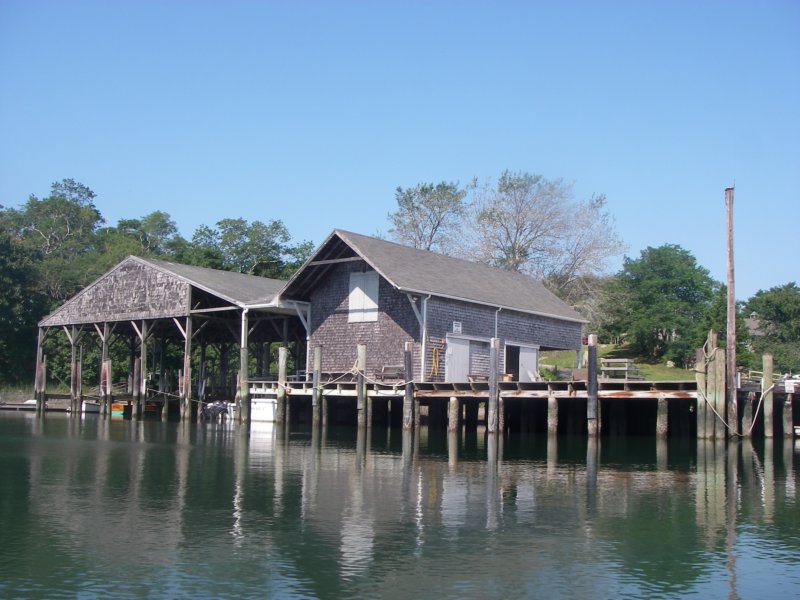 For some reason, around 2 in the morning, I checked on the anchor, and I noticed it slipped a bit (well, about 70'). We were about 20-30' from a sailboat at anchor right behind us. We had precious few minutes to move!

Since it was grass, I had about 100' of anchor rode out in 12' of water. No way should a cqr slip with that kind of scope. Anyway it did. Can't do anything about it. Not crazy about waking the neighbors at 2 starting up the engine. Millie and I don our headsets (truely the greatest invention in boating). I had her motor forward while I brought up the anchor. Once up, I had her drive the boat a lot further up (ie where we were). I set the anchor, this time to 7:1 (70 or so feet) scope. Had Millie motor down in reverse to set it (again!). I didn't want this puppy to get loose again!.

Now we are WIDE awake, adrenaline is pumping. my eye is on BOTH GPS'. I watch for about an hour watching us swinging side to side (a good thing) about 30' in each direction..watching 5-10-20-30-20-10-5.... I figure we must have a good bite. We go back to bed.. I have one eye open. I hear the anchor line squeeking on the bow roller.. I keep jumping up every hour or so to check on the anchor drag..there was none..whew.

We wake up late (for obvious reasons), and I check again. We are about 5 feet from where we were at 2am (a VERY good thing). We have a small breakfast..relax a bit..

Later in the morning, we both go for a dingy ride exploring. went through 3 tanks of fuel (oh yea, remind me to put the oars on the dingy). The 1968 Evinrude 1.5 hp Mate motor was giving us gas pains, but I whipped it into submission and it ran like a fine swiss watch the rest of the day. The sites inside Hadley were truely awesome. It was like another world..and it is virtually in our back yard! 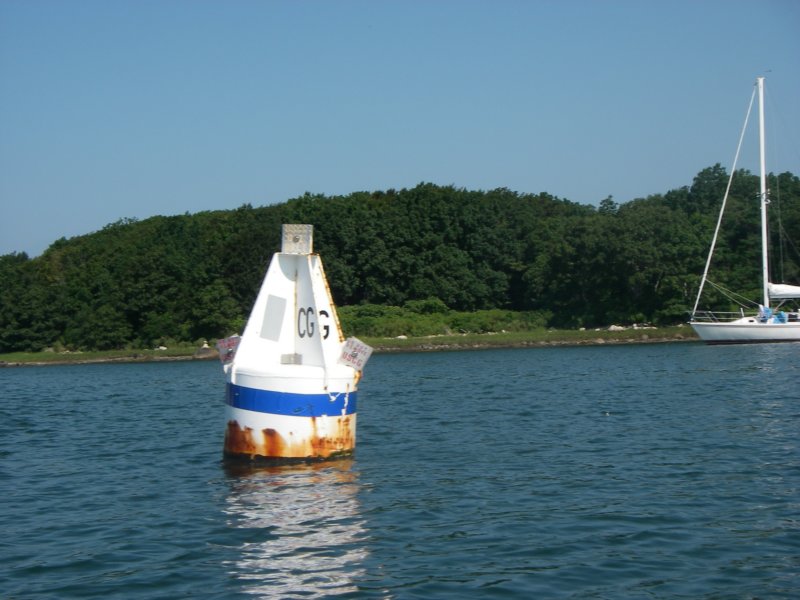 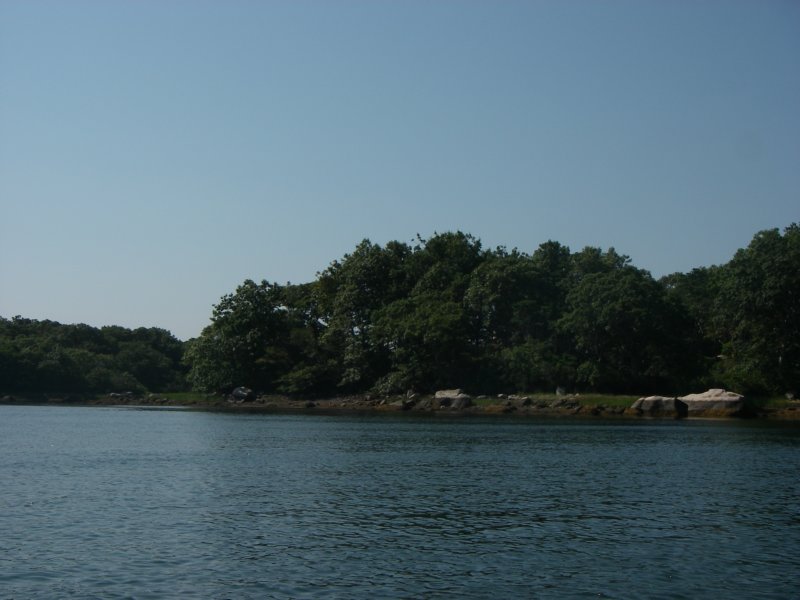 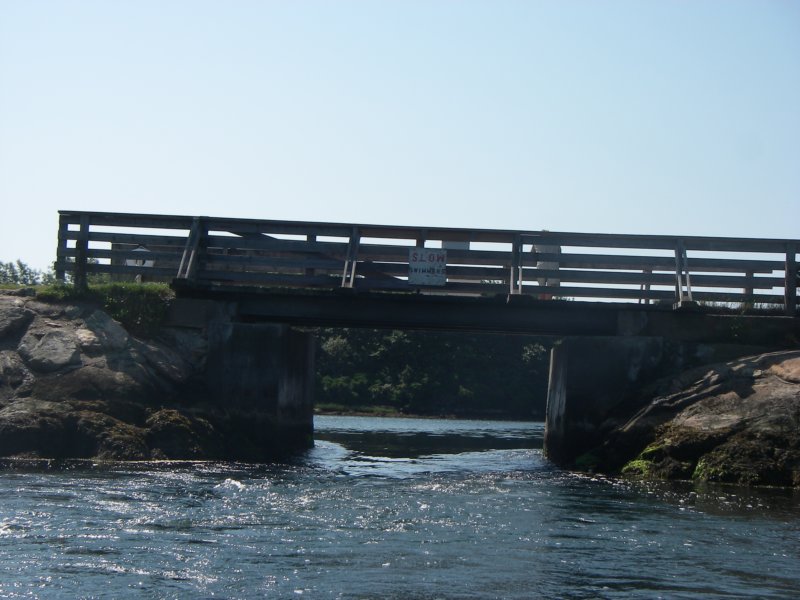 We get back, we have a small lunch and begin to depart. We sail back to marion on a single tack, coming a bit short on the north side. We change course to marion..then drop the sails and motor back in a bit earlier than normal. With all this sailing, we don't have a lot of chance to charge the batteries. 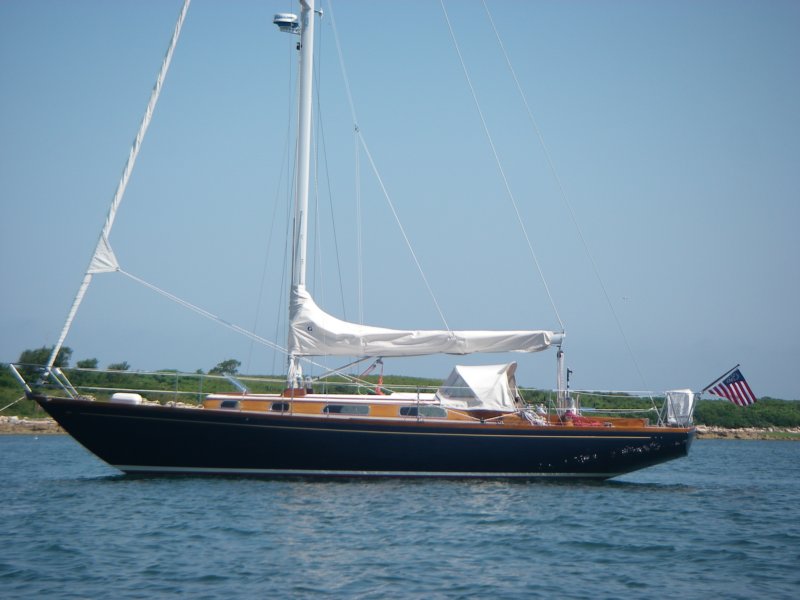 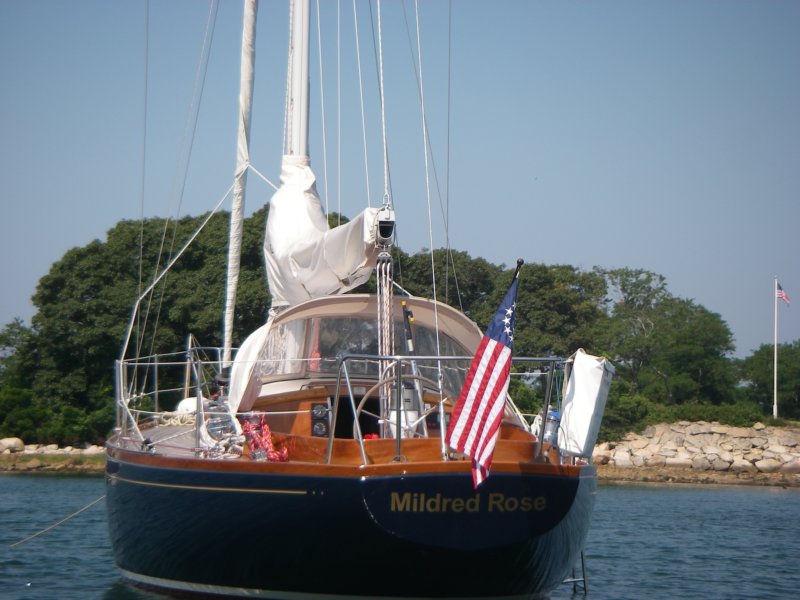 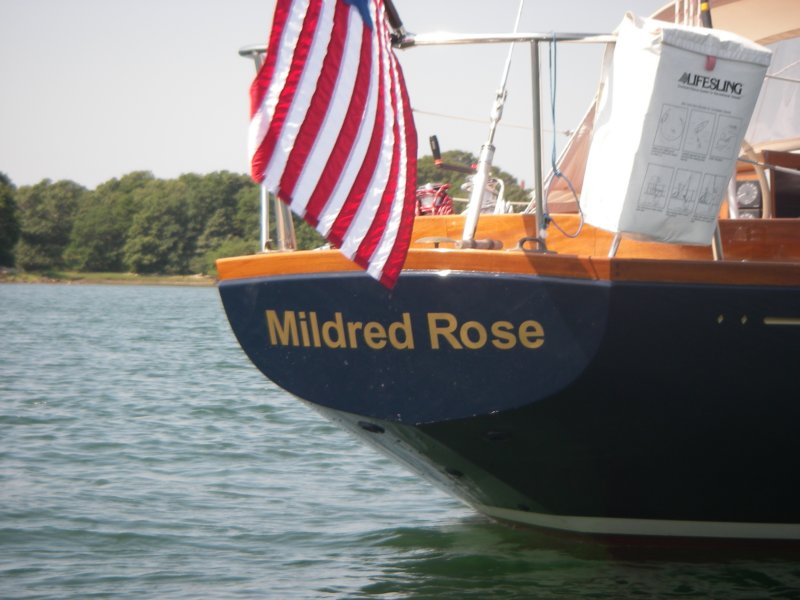 Back at the mooring, the drama doesn't end! I motor around in about 8 kts of wind to the mooring.. Millie attempts to pick up the float.. no go.. go around again, she just misses it. and (I know I shouldn't have done it, but I had a brain cramp) I put it in reverse to see if I could get it within her reach. It ends up getting caught on the keel! I stop the propeller, do not even think abotu starting it. I don't want to damage a new MaxProp (about the cost of a small car!!) . I call the Burr Brothers launch, who quicky comes by. One of the passengers look at the situation (I can't see the keel on the boat). He gets one of the penants out . The second storm penant is still caught. I untie them (they are tied together by a short string), they separate, and a minute later, we are totally free of them! After thanking them for their assistance, we go around once again, this time she grabs it quicky and pulls it up.. I secure it to the cleat... No harm, no foul (well maybe some bottom paint got scratched.. but no biggie).

Always some drama in sailing! Thank goodness we didn't have any serious problem. Every sail that ends with the boat floating and and all hands on board is a great trip!
Paul S

Users browsing this forum: No registered users and 0 guests