Go back to NETS homepage

This weekend we decided to keep it simple. No trying to figure out what the current was at Wood's Hole or the Cape Cod Canal. We figured we would just spend Saturday sailing around Buzzard's Bay and anchor behind scenic Bassetts Island! 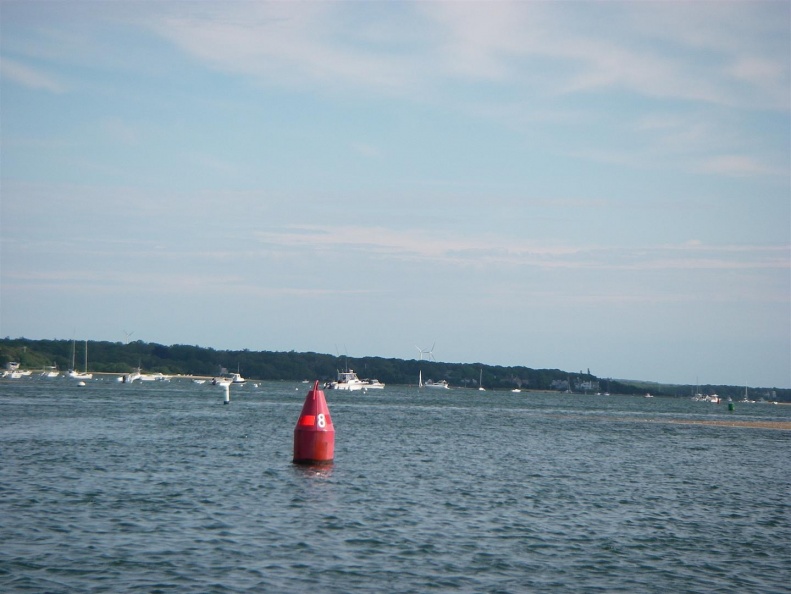 I arrived down at our boat, Mildred Rose, at her mooring in Marion, MA, after work on Friday night. I spend the late afternoon/early evening picking up the boat, doing some light cleaning, installed a cover for the foredeck hatch that I made earlier in the week.

Millie came down Saturday morning, we had some coffee and relaxed before slipping the mooring and heading out into the bay. Once out of the inner harbor, I had to swing the fluxgate compass, as it was tested and calibrated at the factory last year. Spent a few minutes driving around in slow circles, so the compass could adjust itself to its environment. It is a pretty cool compass, which will automatically compensate for deviation.

After playing with the compass, we raised the sails, and started sailing. There was not a lot of wind, but we did the best we could. Motor sailed for a while when needed. We sailed around the bay for a while, then headed towards Bassetts Island. Lowered the sails once we got near the island. Motored through the North channel to our normal anchoring spot just behind the island. 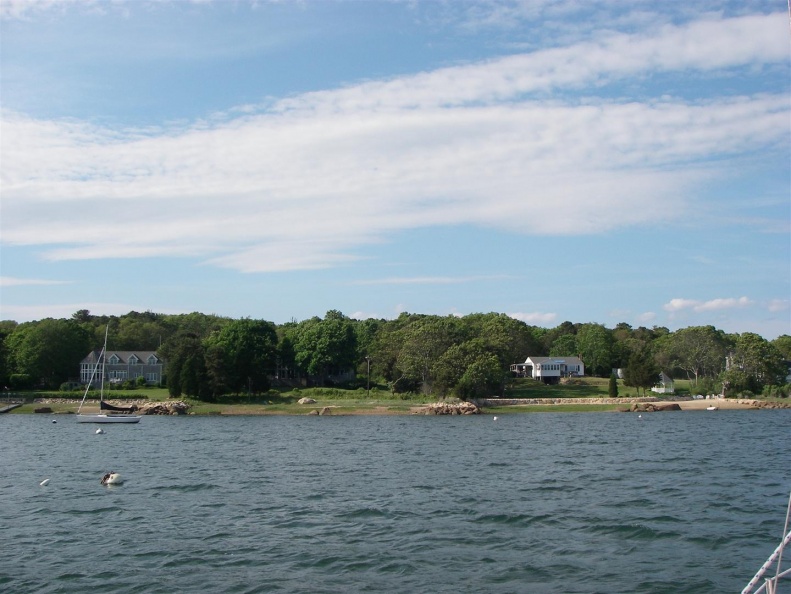 There were not a lot of boats there, then again, it is still fairly early in the season. We dropped anchor, relaxed a bit. Had happy hour - some cheese and crackers, as well as some fruit. Later on we cooked dinner and got to bed a bit early, as we were both tired from the full day of sailing. 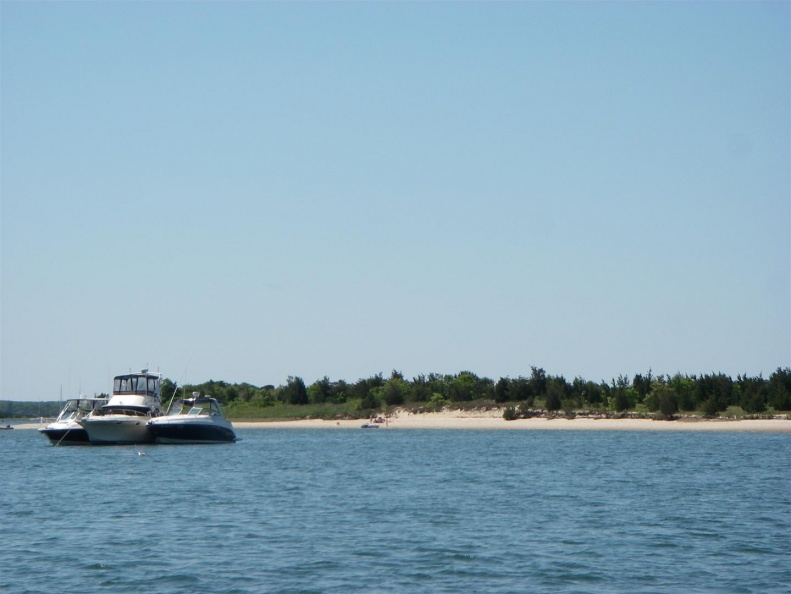 In the morning, there was no rush. Woke up and had some coffee, then cooked up some eggs for breakfast. We got going later in the morning. Pulled up the anchor, and departed for the Buzzard's Bay via the south channel. 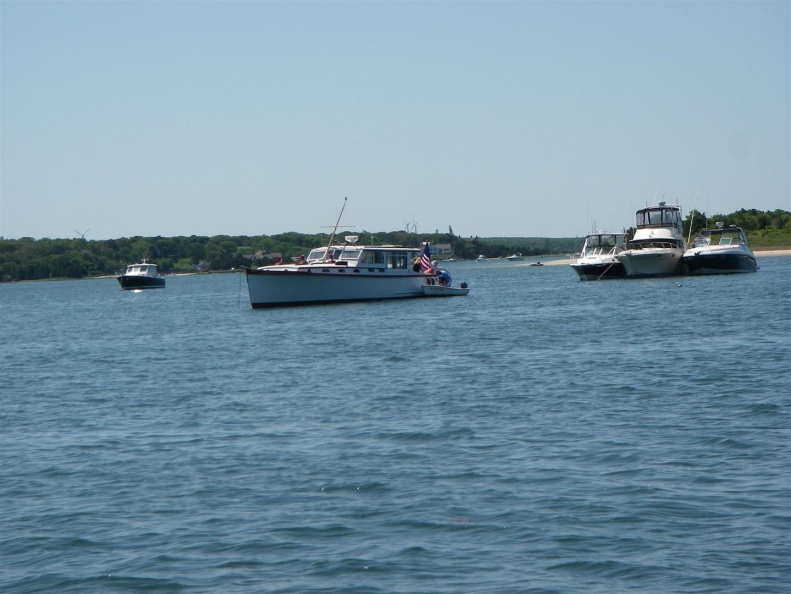 Once we were just outside the South Channel, there was a LOUD alarm noise coming from the nav station. It was not the usual alarm sounds (low depth, arrival alarm, etc) but a new sound we never heard. Took a few seconds, I figured out it was a DSC emergency distress call! First time in all these years hearing that! There was no lat/long given in the transmission. The coast guard got on the vhf shortly after trying to get more information. We never did hear anything more about that call. At least now I will know what that alarm sound is! 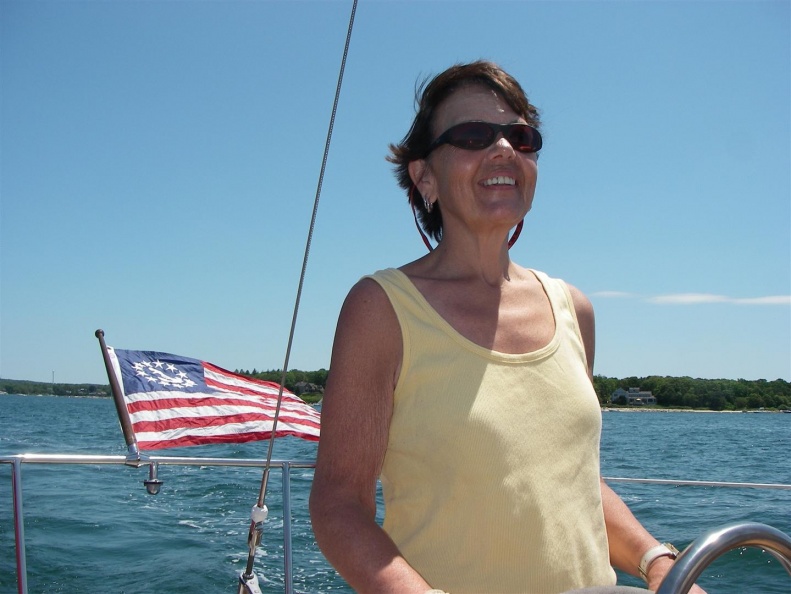 Right after the emergency call, there is ANOTHER call to the coast guard, a small powerboat could not start its motor while drifting in the bay. The CG called sea tow to handle the call. Quite a busy morning! 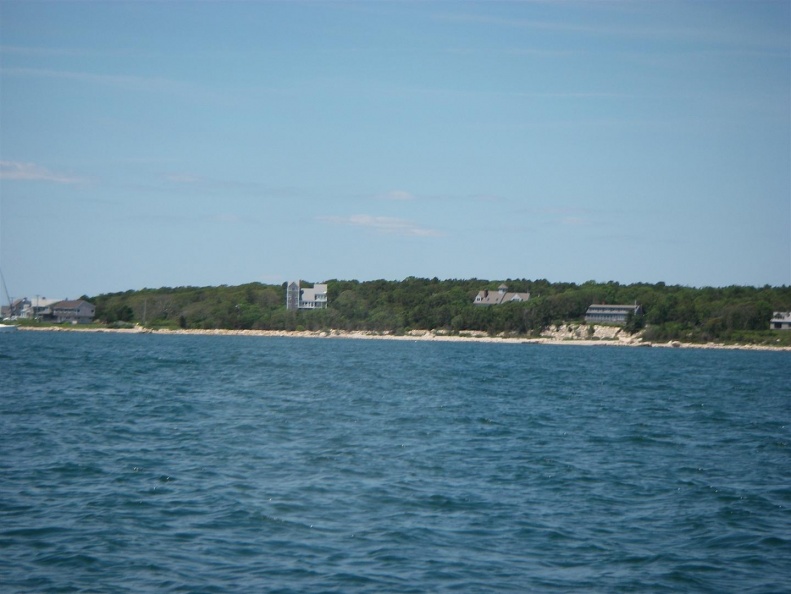 We raised the sail just before we got into Buzzard's Bay. Headed South on a near beam reach, as we had a very unusual north east wind. This was quite pleasant, nice cool breeze, pushing us to about 6 - 7 knots of speed! Pretty decent, considering they were predicting 5 knots of wind...we had about 12-15 continuous. We passed Clevelands ledge light, heading towards Wood's Hole. Passed Woods hole a while later. Looking at the time, we needed to turn around in order to make the launch! reluctantly we had to turn around. Set the course for Bird Island, my landmark just outside Marion. Set the autopilot, adjusted the sails. Made good time for a while, then the wind shifted, then had little wind. No worries as it came up again from the south south west, keeping up 5-6+ knots all the way home. 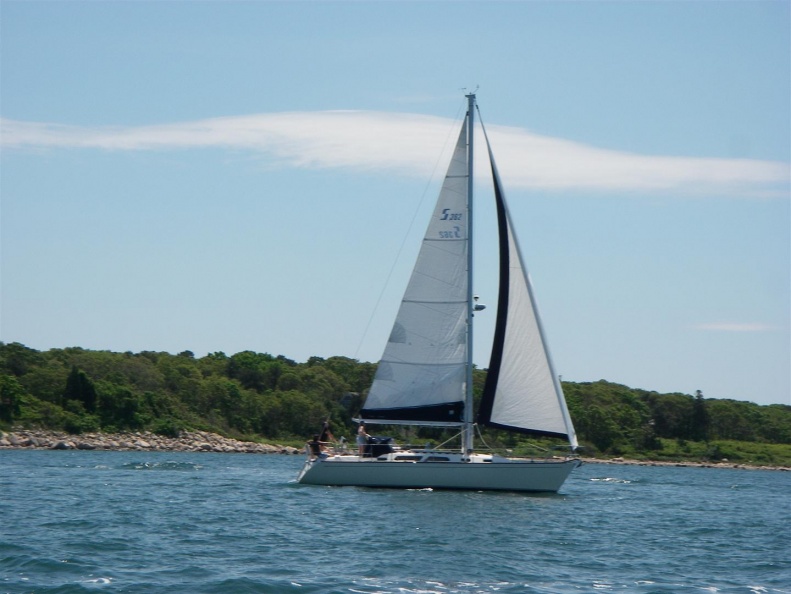 Made a few course corrections along the way, made good time. Once in the outer harbor, we lowered the sails and motored into the inner harbor. Picked up our mooring pendant...shut the diesel off.

Another great sail on Buzzard's Bay!